Tomorrow is the 7th anniversary of when El Jefe and I started building our own little kingdom.  Yes, it’s true.  Seven Years. 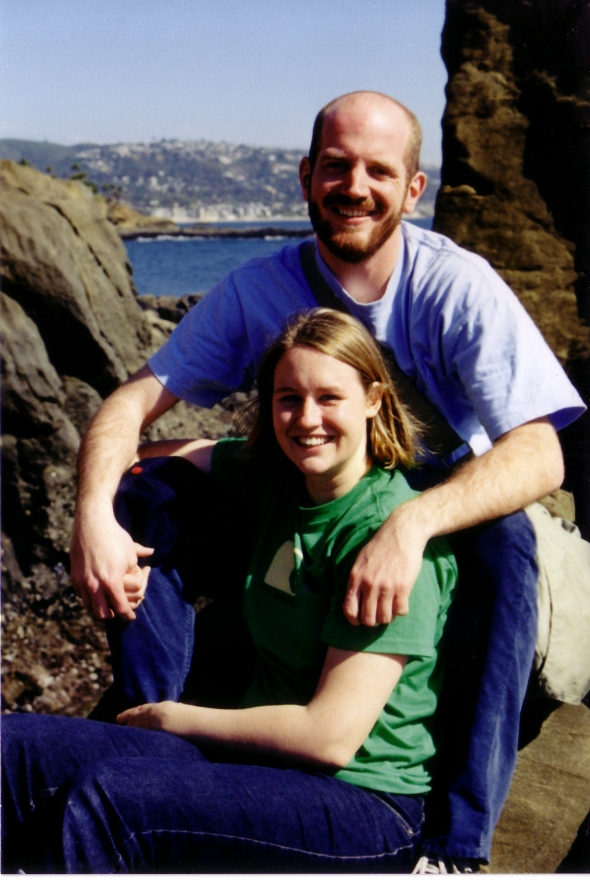 The seventh year always seemed like a big year. Perhaps it’s all the mystique that surrounds the number seven, but whenever I  heard someone say they were celebrating their seventh anniversary I always thought, “Wow, that’s a long time.”  I never thought that with the sixth anniversary.  Tell me you’re celebrating your sixth and I’ll say, “Congratulations” and think you’re still getting to know each other.  Tell me you’re celebrating your eighth, and I’ll say “Congratulations” and think you’re old pros.  So, the seventh year is the transition year I suppose.

Tomorrow, I officially lose my status as a newlywed.

That’s right.  We have been newlyweds with two kids (it’s my blog, I can say what I want).  We are on to a new phase of our marriage……what is it?  I don’t know, I’ll come up with it later.

Throughout these seven years we’ve seen the good and the bad.  We know each others’ strengths and weaknesses.  Having kids brought out new qualities that not only surprised each other but ourselves, too.

We think we’re cute and funny, but awhile back I realized what we were doing.  These aren’t Hero names.  These are Villain names (insert dramatic music here). We’ve been highlighting our negative qualities .   El Jefe is good with a zinger.  Apparently, I can be pretty demanding.  Chunk #1 every now and then just freaks out on us (admittedly, “Spastic Fantastic” could have a positive twist but most of the time, it doesn’t).  Chunk #2’s voice can hit just the right decibel when she wants to.  There you have it. Bad family relationships 101 = highlight the negatives.

So, it’s been 7 years, and we are on to a new era. It is the era of the Heroes!  Yes, there it is, the next phase of our marriage……something….about….heroes?  I don’t know, I’m still focusing on how we’re no longer newlyweds.

I don’t need to explain these….but I think I need to change mine.  It sounds dirty.

Anywhooooooo,  I don’t know if these will stick.  Just trying them on for size, but you get the idea: Accentuate the Positive.

This message brought to you by the A-Team

I  went to “UP” with my family. It was fun. We had a great time. We ate popcorn and drank Sprite.

I liked the collar on the dog that could talk. You could hear what the dog said. It was funny.

I didn’t like where the guy was going to kill the other guy. It was a little scary.

Chunk #2 didn’t like the part where his house was floating up (editorial note: there were some parts that were a little intense for younger kids–Chunk #2 especially–in fact, the rating was PG for “peril”.  You can imagine there were many potential scenes with a floating house where people could have fallen, etc. Chunk #2 didn’t like this and was crying in certain scenes). “My um, uh, scary part of that movie was when their house was floating up with lots and lots of balloons. Was it okay, dad? Was it okay?”

“My favorite part of the day was the dog collar with a red thing that would speak.”

So, the experiment in reviewing a movie with guest blogger fell on its face just a little bit–of course, we should have known this when he tired out while typing the first sentence (he insisted on doing everything himself). And, when it comes right down to it, the kids didn’t have much to say about the movie, but they liked it very much. Mom and Dad enjoyed the movie immensely–it WAS intense in some scenes, it was moving in others, and the storyline was very unexpected (that being said, can you ever really guess from a Pixar trailer what the movie is going to be like? I remember distinctly NOT wanting to go see “Cars”, but once having seen it, liking it just as much or more than the other Pixar movies).

Mamacheetah says: “Hilarious. I want to make my own ‘adventure book’ now.”

So….that’s about it from us. Don’t know if this review is helpful in any way, but you should see the movie. Maybe even wait until it hits the dollar movie (next summer?)–we’re finding that it’s not really possible for a family of four to see a movie and eat popcorn and a soda on a budget….

Today was the last day of school…

but instead of waking up with that pure excitement of “Yay, one more day!” and then joyfully skipping out the door, I woke up to the sound of a moan and then the splatter of barf on my bedroom carpet. 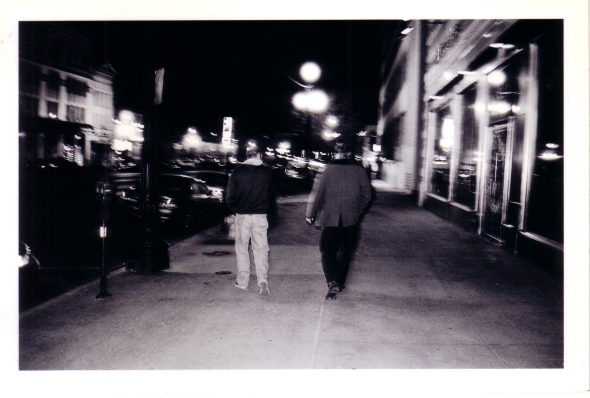 The snow has not fallen yet, but the night is good and chilly, possessing the silence that only comes with Winter.  Drifting through the streets, I look up and down, trying to decide  between sidewalk and sky.  The air grabs my senses.  It is infused with mountains and trees and I wonder how the Rockies manage so easily to tiptoe through these man-made structures, almost unnoticed.  The sidewalks are empty.  They are cracked with Time but their speckles and lines lead me from one squared out slab to the next, some more crumbly than others. I look forward and see faint reflections where the dewy air meets asphalt. Their combination creates an inviting, shiny glaze.  Together, they say,  “Come, keep walking, it’s a beautiful night.”

These bikes are so Rad….

I am La. I like the word “Rad”. My husband sometimes calls me mamacheetah.

“I like too many things and get all confused and hung-up running from one falling star to another till I drop. This is the night, what it does to you. I had nothing to offer anybody except my own confusion.” ~Jack Kerouac

This blog is a document of "my own confusion." Please enjoy.

“Love yourself. Then forget it. Then, love the world.” ~Mary Oliver

“What happens to a dream deferred?” ~Langston Hughes

Really bad haiku while I dejunk my house. 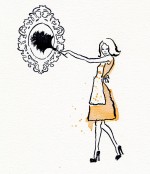 “Finish each day and be done with it. You have done what you could. Some blunders and absurdities no doubt crept in, forget them as soon as you can. Tomorrow is a new day, you shall begin it well and serenely.” ~Ralph Waldo Emerson

“I am not afraid of storms, for I am learning to sail my ship.” ~Louisa May Alcott

Hipsters to whom I'm related